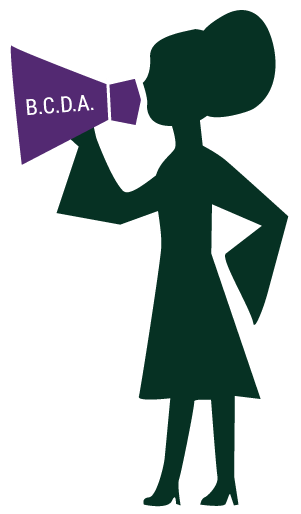 The Broome County Debate Alliance (BCDA) offers online and in person debate workshops for students throughout the world. The majority of our course offerings are taught on Outschool. However, we work locally with the Vestal and Binghamton School Districts. We also work with numerous homeschool groups, PTAs, and private middle and high schools throughout the world. If you're interested in offering debate, please contact us at broomecountydebate@gmail.com for an individually tailored curriculum for what you're looking for. If you are an individual looking to sign up a single child, our Outschool curriculum is better suited for your needs. Use coupon code "COUNTBCDAWEB15" for $15 off your first course with us.

The BCDA was founded by Joe Schatz. He is the Director of Debate at Binghamton University, holds a PhD in English, and has two kids, ages 11 and 13. His debate program has consistently been ranked in the top ten in the nation by the Cross-Examination Debate Association and he has continually qualified teams to the National Debate Tournament. The BCDA was founded after Joe began teaching courses online and realized the overwhelming demand for digital debate courses.

The organization's mission is to use debate as a tool for education to further the advocacy and critical thinking skills necessary to create a better tomorrow. The staff who make up this organization have all participated in both in-person and digital debate workshops and have received training in the curriculum that Joe created when he first started teaching online. Most of the staff are Binghamton University debaters and alumni. The remaining staff are comprised of rival debaters and alumni from other debate programs who we became friends with, and who also have helped run similar workshops in their local areas.

All classes are run with a lead instructor and multiple teaching assistants. This allows us to divide kids into smaller groups in breakout sessions to provide more individual attention. The specific lead instructor and teaching assistants might vary based upon the session. Some of our instructors are national champions and others are captains of their debate teams. All are extremely qualified to teach debate. We believe that part of the best way to learn is to receive feedback from different people, who might explain things in a way that might click differently when described by someone else.